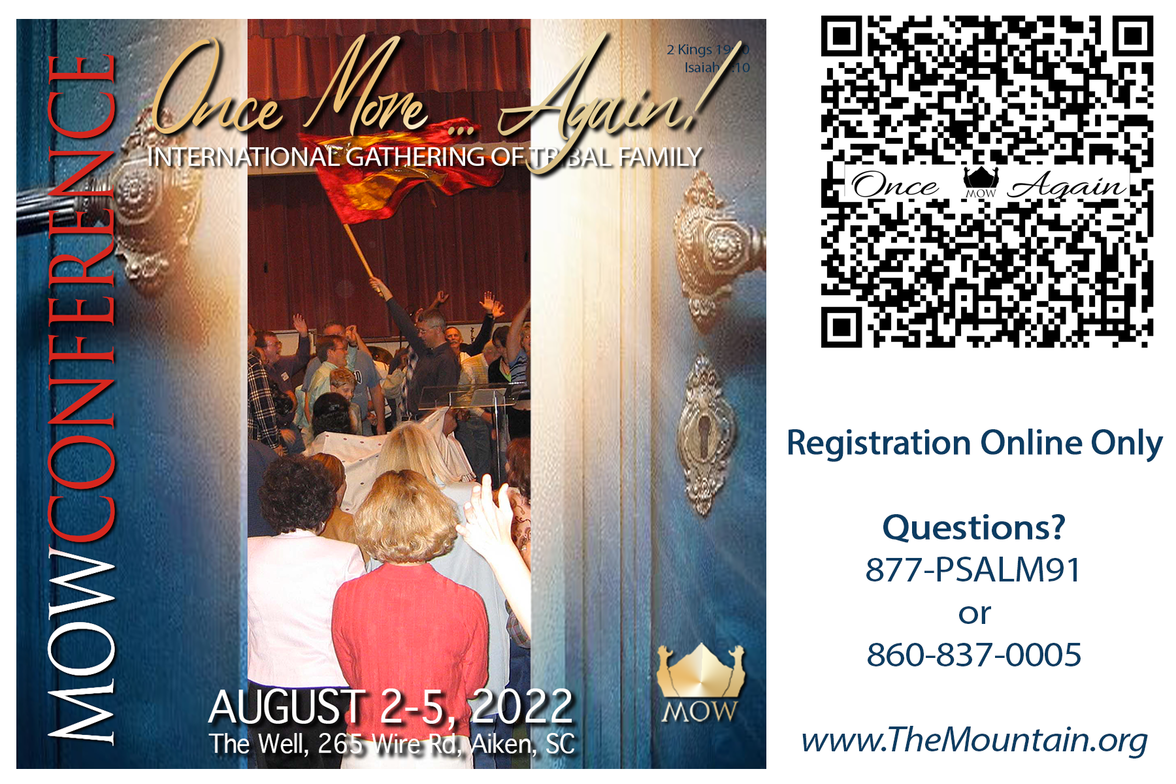 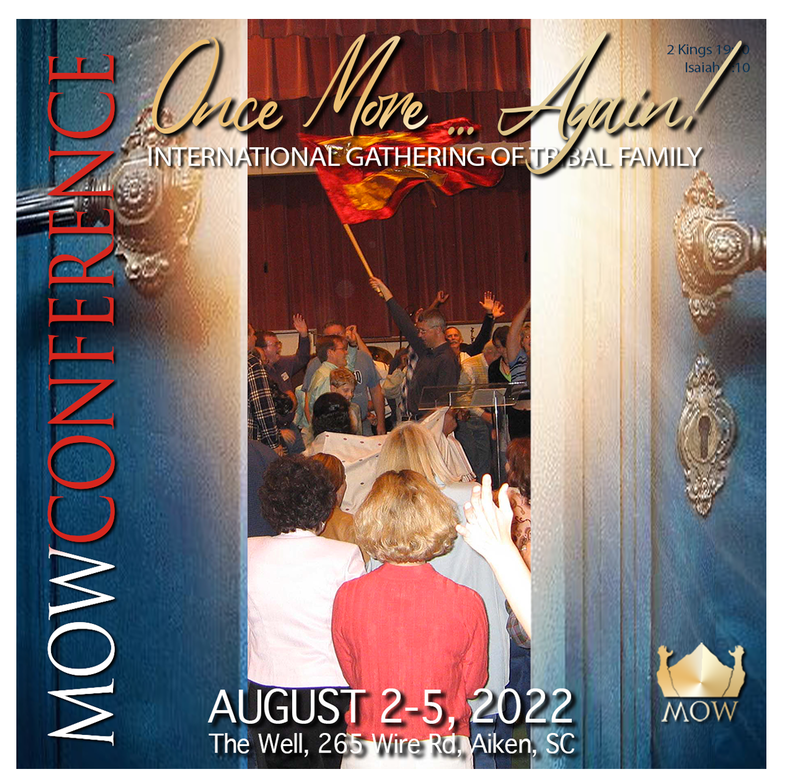 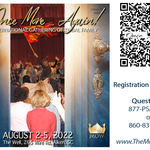 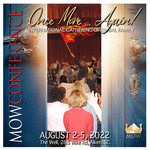 Save to your Calendar

Something huge is happening …. Isaiah 7:11 “Ask the LORD your God for a sign, whether in the deepest depths or in the highest heights.”

It was October 2003... the Lord had spoken about a Mountain erupting ... Bob Jones would tell me four days later to go see this Mountain. The Lord originally showed it to me in 1987... but this time I was in a trance and caught up into that Mountain. My brother Paul would call me with a word for the season and the birth of what would become known as Mountain Of Worship or MOW from 2 Kings 19:29: “This will be the sign for you, “This year you will eat what grows by itself, and the second year what springs from that. But in the third year sow and reap, plant vineyards and eat their fruit." The word indicated that the first two years would be small, but in the third year everything would begin. In October 2005 we held our first conference with Surprise Sithole, Rolland Baker, Randy Clark, Bob Jones & myself. People came from across the Nation and other parts of the world. The power of the Holy Spirit was remarkable and many miracles and healings took place . All who came were changed and a weekly gathering called "The Merge" began from that event.

We have witnessed the growth of what occurred then but have always know the blessing and privilege to have been a part of anything so amazing. Our hearts have yearned for more... and even the desire to steward better what God gave us then.

In February 2022 we were planning on simply doing a small gathering down South but no facility seemed to open. Opie Harrison, a recent widower, had a desire to see something happen and in one day a facility opened, not simply for a large conference but also a weekly gathering... he was also offered a large tent on that same day! God was up to something!

In my daily time with Jesus I was reading through 2 Kings when I came across the passage above and reminisced how God had been so accurate with that word. I heard the Lord's voice, "Read on, I have a word for you!" I continued to read: "ONCE MORE a remnant of the kingdom of Judah will take root below and bear fruit above." It rang in my spirit.... ONCE MORE!!! God was going to do something ONCE MORE... what we have longed for The Lord was about to release again.... and as I read the verse... I saw "The South" where it said "below" and I saw "The North" where it said "above". The name "Judah" carries "Worship" ... God was up to something again.

A few weeks later my Dad (91) and brother were in Lancaster County Pennsylvania at the funeral of a precious friend of the family.... Uncle Leroy Funk. He was 98. My Dad was asked to do the funeral. At the gravesite the grandchildren were asked to pick an arrow head they wanted (Uncle Leroy, a farmer, had hundreds from the Susquehanna Tribe that he had collected and numbered over the years). My brother asked if he could bring me one and was told he could. He picked the one that he "saw" out of the bin. He would give it to me a few days later. The number on it was 710.

"Lord what is 7:10? I don't know what that means." The Lord responded, "You don't know 710, but you know 7:11!" I did. I knew that 7:11 doesn't come from convenience ... but that it was an directive. Isaiah 7:11 says “Ask the Lord your God for a sign, whether in the deepest depths or in the highest heights.” 12 But Ahaz said, “I will not ask; I will not put the Lord to the test.” 13 Then Isaiah said, “Hear now, you house of David! Is it not enough to try the patience of humans? Will you try the patience of my God also? 14 Therefore the Lord himself will give you[c] a sign: The virgin[d] will conceive and give birth to a son, and[e] will call him Immanuel."

It was directive to ask the Lord for a sign. but what was 7:10? The verse starts "AGAIN!" I knew immediately the Lord was asking me to ask Him for a sign... and that this would occur ... He was about to do a "ONCE MORE AND AGAIN!!!"

In obedience to the word.... we are looking forward to gathering tribal family from the South and the North and the East and the West.... inside and outside of the United States. We have a registration on this conference only because when we don't people may or may not show up and prevent others from coming who would. Early registration is very small but we want to be able to bless significantly those who are traveling to pour into us. Some offerings will be taken. At this point we know that MOWTribe from Worcester MA is taking a bus down, and I've heard of another possible bus going from the New England area. We want to make sure we saturate and infect the Nation with Jesus love through this event!

Already MOWBand is being pulled together with worship leaders and team from all over the region and the Nation... including Joe & Celeste Cash, Rea Steyne, Zack Smith, Robby Cummings, Alex & Brandi Castillo, Jennifer Motes and others!

Register early! You don't want to miss this!

Hotel Recommendations coming soon as well as RV campgrounds and there are many AirBNB's throughout the area.

MOW has NEVER turned anyone away for inability to afford a ticket. Please contact admin@themountain.org if that is a pertinent issue for you.

MOW always regards the Kingdom of God higher than our part that we play. As a result we always want to make clear that should a Kingdom need arise for one of our speakers that would prevent them from coming, we fully understand and bless them in what the Kingdom has for them. Our MOW Conferences are not based upon speakers, nor any form of exalting or idolizing personalities. We want the Presence of God above all else. Thanks for understanding.